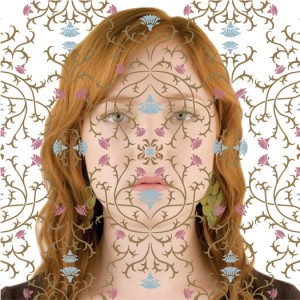 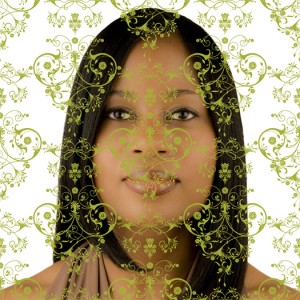 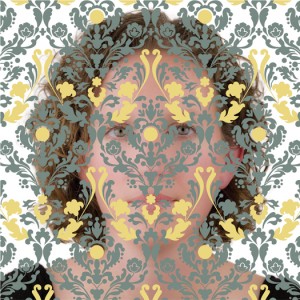 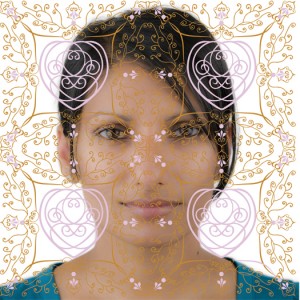 His chosen subjects — attractive women in their mid 20s to late 30s — are adorned with decorative patterns superimposed upon their faces. Combining photographic and geometric Rococo-inspired pattern brings to the surface ideas of symmetry, objects of decoration and feminine nature. A sense of either obstructed or assisted beauty is gained if approaching these works with a focus on their purely visual elements. However, the pattern acts simultaneously as a decorative element and a buffer or separation point from the viewer’s gaze.

The term Holding Pattern is used in aviation to describe a maneuver designed to delay aircraft already in flight while keeping it within a specified airspace. The demands that society places on young women to either perform professionally, marry, produce offspring, and/or build a family and home environment inspired Hudson to create this project.

The second iteration of the Holding Pattern series of contemporary art photography are not only much larger than their original counterparts but a further investigation into the parts they played as decorative objects and their element’s places in art history. Hudson began mirroring the women’s heads in a variety of way until settling upon what is now an ongoing body of work titled the Holding Pattern (2).